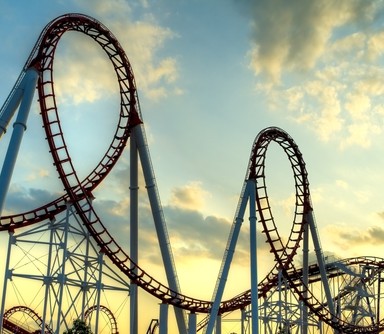 Now that Memorial Day weekend has come and gone in 2014 and millions of kids are out of school for summer, many families are making their way to theme parks across the U.S. Kids, teenagers and adults alike can all find something entertaining to do at theme parks, which is why they are so popular with family travel and especially during the summertime.

Some theme parks may be wizard-themed, some feature death-defying drops while others are taking a vintage approach with wooden roller coasters, but there are many major theme park happenings developing in the U.S. in 2014 that are worth noting. Here are some that are creating quite the buzz for the summer:

Goliath at Six Flags Great America
Once Goliath is completed, it will be the world’s tallest, fastest and steepest wooden roller coaster. Needless to say, this coaster is not for the little ones or the faint of heart. In addition to the spine-tingling rattling that goes along with wooden coasters, Goliath will also offer visitors a 180-foot, 85-degree plummet – be prepared for plenty of screams.

Despicable Me Minion Mayhem at Universal Studios Hollywood
American children have fallen in love with the adorable and mischievous minions from the film “Despicable Me,” so it was only a matter of time until a ride was going to be made featuring the characters. This 4-D ride features all of the silliness and laugh-out-loud moments you could expect. This should be a must-see if you are bringing along the kids.

Banshee at Kings Island
Kings Island is always a leader when it comes to coasters, and Banshee is their next installment designed to scare the pants off of its visitors. This massive coaster will reach speeds of 68 miles per hour, boast seven inversions and hold the title of the world’s longest inverted roller coaster.

Seven Dwarfs Mine Train at Walt Disney World’s Magic Kingdom
Disney World is somewhat of a pastime for kids, and the Seven Dwarfs Mine Train is another great family-friendly ride that’s mild enough for the children. There’s even a “dark mine” portion that allows everyone to see the dwarfs hard at work mining for jewels. If you see long lines in Fantasyland this summer, it will likely be for this fun and exciting ride.

Harry Potter and the Escape from Gringotts and the Hogwarts Express at Universal Studios Florida
There’s been hype about the wizardry that will take place in this exciting family-friendly ride for months, and this summer, it’s finally here. This ride will feature 3D images to take visitors to the land of Harry Potter with fire-breathing dragons, Lord Voldemort and an old-school steam train straight from Hogsmeade.

Travelex Insurance Services, an industry leader in family-friendly travel insurance plans can protect you, your family and your trip investment while traveling.