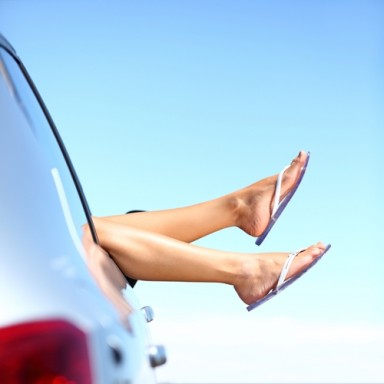 Every great trip needs an accompanying soundtrack. Besides venturing through the cities where music pours into the streets – like Austin’s knockout Indie scene, the country twang of Nashville or endless pop tunes about Los Angeles – travelers can add a little bump to their step with top songs. Protect your travel investment by purchasing travel insurance so you can ride pretty and sing your way from start to finish. Here are some of the best tracks:

1. “(Get Your Kicks On) Route 66” by Nat King Cole
Although written by American songwriter Bobby Troup, King Cole’s version of Route 66 made it in the books as a travel anthem, paying homage to the highway that stretches from Chicago to Los Angeles.

2. “I’ve Been Everywhere” by Johnny Cash
This road riff was composed by Australian country singer Geoff Mack in 1959, and the original lyrics included a run through Australian towns such as “Strathpine, Proserpine, Ulladulla, Darwin, Gin Gin, Deniliquin, Muckadilla, Wallumbilla, Boggabilla, Kumbarilla.” However, most Americans know it by the Johnny Cash’s timeless version.

4. “Ramblin’ Man” by The Allman Brothers
As CNN Travel aptly put it, any song that features a line about being born in the back seat of a Greyhound Bus in addition to one of the top guitar solos in rock history deserves to make the list.

5. “Travelin’ Man” by Ricky Nelson
Suit up for a long-distance journey with this track, which details the loves of a traveling man. You can even see the stomping ground of the producer, Joe Johnson, who was the owner of Challenge Records in Nashville.