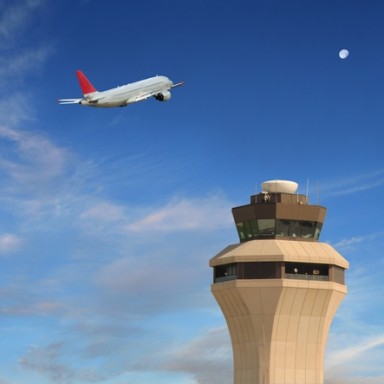 “Let’s go, kids,” you say, as you don your suede pea coat and top hat. “Grab your wooden doll and hop in the horse-and-buggy.”

From horse-and-buggy to railroads to station wagons to airplanes, transportation innovation has transformed vacations. Now, smartphones rule transactions, and mobile GPS systems feel like a constant life-saver, especially in an unfamiliar city or region.

Within even a few generations, technology has revolutionized the way we travel.

It’s a bird, it’s plane
There’s little doubt that airplanes are the most influential trip-going invention in the recent past. The metal-boxed winged wonder has sent shock waves through the world of travel, altering not only how we get around, but how fast we do so.

After the Wright Brothers took to the sky in 1903, the first commercial flight in history occurred in the U.S. in 1914. The flight between St. Petersburg and Tampa, traveling a total of 21 miles over bay waters that separated the two cities, signaled a change in the way we get from place to place. The plane maintained an altitude of 15 feet above the open waters of the bay, rather than a high arch we see in today’s flights. The passengers consisted of the pilot and his one paying customer, who shelled out a lofty $400 – which would be more than $5,000 in today’s currency value – for the bird’s eye views. (Can you believe he flew without flight insurance?)

Even though the flight made history, it wasn’t until after the second World War that commercial aviation gained widespread traction. The U.S. had created manufacturing plants capable of producing aircraft that was affordable for everyone, and with mass production, more companies could compete with one another both for customers and destinations. Thus, airports started springing up all across the country.

In the late 1950s, more than 80 percent of Americans had never once been on an airplane, according to “The Atlantic.” Fast forward to today, when upwards of 90 percent of people in the U.S. have flown. In fact, nearly 92 million Americans – or 30 percent of all Americans –  have taken at least one round-trip airline flight in the past 12 months.

All the while, ticket prices – despite the common misconception – have gone down (taking into account inflation). So, even with those congested seats and babies crying across the aisle, be thankful that it doesn’t take you two weeks to cross coast to coast.

In other words, welcome to the golden age of air travel.

An invisible, connected world
Dovetailing with the surge of airplane vacations, a little thing called the Internet started getting its feet off the ground. But only at the turn of this century did real web advancements begin to affect everyday consumers. It seems almost too obvious to say, but the Internet dominates every phase of the travel experience. You book your vacation online, where price comparisons make shopping easier. Next comes hotels. Choose between a five-star hotel, hostel, villa, or more recently, other people’s couches – a measure that certainly warrants travel insurance. In the pre-booking process, the Internet has enabled more people to arrange vacations through booking flights, reserving hotel rooms and hiring rental cars.

Once a flight attendant gives the OK to turn off airplane mode, the real gold shines: smartphones. Lost and need directions? Pull up your smartphone GPA system. Looking for the must-see attractions? Online magazines. Need to book a last-minute flight? Airline apps. Everything even remotely related to travel now revolves around this invisible, magnificent network. The crazy thing is, this stuff wasn’t even fathomable 20 years ago.

The room for growth feels unlimited, too.

What’s on the horizon
Travel experts forecast that universal Wi-Fi is likely the next huge breakthrough in travel. Cities like Barcelona and San Francisco have already implemented their own city-wide wireless Internet, but time will prove how these networks become even more expansive.

Throughout the generations, much has changed in travel. But the two things you can still count on are protecting your travel investment and hearing your kids repeating, “are we there yet?”