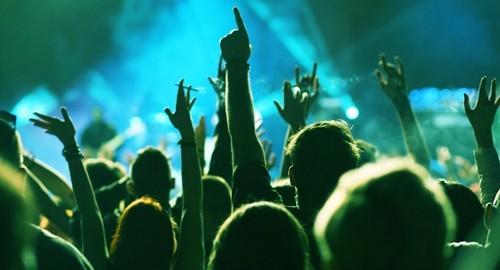 Many Americans who love the sights and sounds of music purchase trip insurance and put their coverage to use by jet-setting their coverage to use by jet-setting to some of the summer's biggest music festivals. Young travelers, college students and the young at heart who love all things alternative flock to many music festivals year-round to enjoy excellent music, great food and an all-around good time.

Here are some of the best music festivals to scratch off your music bucket list this year:

Summerfest in Milwaukee, Wisconsin
Set in downtown Milwaukee along the shores of beautiful Lake Michigan, Summerfest is quickly becoming one of the most popular music festivals in the country. The festival is typically held in June and has boasted acts like Aerosmith, The Roots and Lady Antebellum.

South by Southwest in Austin, Texas
Austin is dubbed "The Live Music Capital of World" and its massive music festival, South by Southwest, certainly lives up to the title. Unlike other multi-day festivals, which usually last three days, South by Southwest typically takes up two weekends, giving you plenty of travel time to check out some of the country's hottest bands. Some artists that have performed here include Jack White, Duran Duran and Cee Lo Green.

Newport Folk Festival in Newport, Rhode Island
This festival that takes place at Fort Adams State Park is an iconic and historic event that has played host to some pretty stellar names in the music industry over its more than 50-year history, including Johnny Cash and Bob Dylan. Today, it is possibly the biggest folk festival in the country, and has a very laid-back feel compared to the other amped-up festivals on this list.

Coachella in Indio, California
The west coast's biggest music festival has to be Coachella, which could be a great place to catch some great bands and see celebrities in the spring. There are several multi-media sets and performances, and some of the biggest names in music make it a point to perform here, including Kanye West, Interpol and The Strokes. Palm Springs is nearby, which an excellent spot to unwind after the festival.

Lollapalooza in Chicago, Illinois
Perhaps the biggest music festival in the country, Lollapalooza is now a 20-year-old event that is held at the end of the summer in Chicago's "front yard" – Grant Park. There are many stages, including a kid-friendly one, throughout the park. In between shows, travelers love to explore Michigan Avenue, which runs adjacent to the park, and Chicago's Loop, which has plenty of exciting attractions on its own.