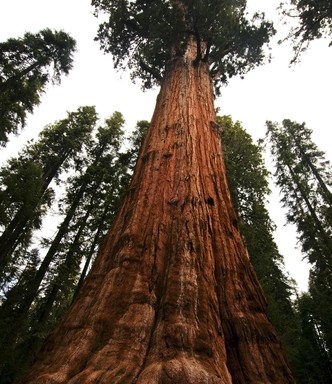 Out West, the San Francisco Bay Area is not only a hotspot for golden bridges and street cars, it’s a haven for national parks. The San Francisco Bay Area consists of 11 national parks, each with its own nature magnets and cultural resources. To stay safe while hiking through the redwood forests, consider travel accident insurance. Make California dreaming a reality at these gorgeous parks and protected areas:

1. Point Reyes National Seashore
There’s a reason they call it Kings Point. This spot is the only national seashore on the West Coast, rife with rugged cliffs that tower over crashing waves. Established by President John F. Kennedy in 1962, Point Reyes encompasses 33,373 acres of wilderness where visitors can encounter 45 percent of bird species in North America along with 18 percent of California’s plant species and 38 threatened species.

Solitude seekers should head to this peninsula, one of California’s few wild beaches, located 37 miles north of San Francisco. Despite the relative lack of crowds, the most popular time to visit is from late December to mid-March, when as many as 20,000 grey whales migrate to their breeding grounds off Baja California.

2. Golden Gate National Recreational Area
The Golden Gate National Recreational Area (GGNRA) is one of the most popular parts of the U.S. National Park system. Since it has grown through parcel land donations from the military, private landowners and non-profit organizations, the area is not one single protected area like many other national parks, but is comprised of a number of sites that stretch across San Francisco, Marin and San Mateo counties. Traverse grasslands, redwood forests, beaches and coastal cliff overlooks.

The park is also part of the UNESCO Golden Gate Biosphere Reserve and sits within a region that the Nature Conservancy and Conservation International have listed as one of 25 global biodiversity hotspots.

3. Fort Point National Historic Site
Built in 1861 to protect San Francisco from Confederate and foreign naval attacks, Fort Point offers astounding architecture and gorgeous views of the ocean. The fort was never attacked, and was later spared during the construction of the Golden Gate Bridge. Today, visitors can see period uniforms and cannon demonstrations before hearing military talks. All in all, this park is more for history buffs and architecture lovers than outdoorsy types.

4. Muir Woods National Monument
Walk through the foggy hills of the redwood forest at Muir Woods National Monument, where flora and fauna flourish. You can spot everything from chipmunks to salamanders to banana slugs, and there are also endangered species such as northern spotted owls, coho salmon and steelhead trout. With so much to see, the park hosts nearly 1 million visitors from around the world every year.

Muir Woods and the Redwood Creek watershed are also a part of Golden Gate International Biosphere Reserve, which is one of the richest and most threatened biological areas on the planet.

Here, you can climb the peaks and weave between the rocky formations, where approximately 16 percent of California’s plants are found. If you’re allergic to bees, this isn’t the best place to come, since Pinnacles hosts about 400 different species. Those who do make it might want to invest in travel safety insurance. The park is located about 80 miles south of San Fran, so most visitors drive to get here.