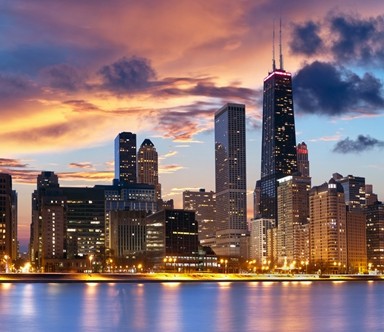 There are many iconic structures in Chicago that have amazed travelers for decades, and now the Windy City is ready to show them off to the world. Last month, Chicago city officials announced that a strategy was now put in place to host a biennial international design and architectural exhibit.

This bold set of installations is to be modeled after Venice’s biennial, and will be the largest of its kind in North America, according to the Chicago Tribune. Mayor Rahm Emanuel and several of the city’s leading architectural giants made the announcement in late June from the Chicago Cultural Center, which is slated to be the headquarters for the event. If all goes to plan, this could be the largest global expo the city has ever seen since the famous 1893 Columbian Exposition.

Chicago’s unparalleled architectural history
Chicago may be called the “Second City” by some, but many leading architects believe that it is second to no metropolis in terms of architectural beauty. Though the Willis Tower (formerly the Sears Tower) is no longer the tallest building in the U.S., Chicago is still considered the unofficial architectural capital of the country for a variety of reasons.

For one, after the Great Chicago Fire of 1871, which was one of the largest disasters in U.S. history, the city was forced to rebuild its financial district and the homes of more than 100,000 Chicagoans who were impacted by the blaze. Although this was no easy task, the late 19th century was the beginning of what was considered the Golden Age of Architecture in the U.S. This gave some of the most innovative designers, thinkers and architects to converge and rebuild a classic American city, complete with a newfangled building called the “skyscraper.”

The Chicago tradition of creating stunning architecture continued well into the 20th century with notable structures like the Willis Tower, the John Hancock Building and the Marina City complex, among others. Residential design also flourished in Chicago due to Frank Lloyd Wright’s Prairie School influence – which laid the foundation of how city homes were designed and built. In many ways, the evolution of Chicago architecture marks the evolution of American architecture.

How you can see architecture in Chicago
If you are planning on visiting Chicago in 2015, checking out the biennial celebration is a great way to start. However, simply walking around the city by foot is a treat for the eyes no matter the time of year. There are are also several tours available, many of which are led by boat through downtown on the Chicago River and into nearby Lake Michigan.