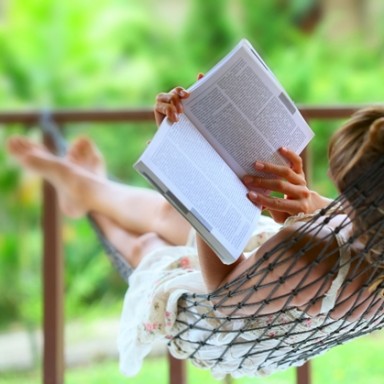 There are the explorers you know: Lewis and Clark. Marco Polo. Charles Lindbergh. Even Mark Twain spent a few years combing through the sands of the Middle East. There’s also Theodore Roosevelt, John Steinbeck and Ernest Hemingway – all American icons with a noted love for the great outdoors.

“Roughing it” isn’t a new concept – it’s been done by many individuals over the years and many have lived to write about it. Lucky for us. It makes sense that travel inspiration comes in many different forms, but one of the most popular has to be the written word, and since pen has been put to paper, people from all over the world have been writing about their excursions.

Did you know that in addition these well-known explorers, there is a fresh crop of novels you can enjoy from your arm chair that were written just in the past few decades too? Who knows – picking up one of these travel books might inspire you go on your own whirlwind adventure. After you book your travel, consider protecting your investment by purchasing travel insurance.

“Into the Wild” – John Krakauer
Set across the West Coast, “Into the Wild” takes us on the real-life journey of survival during the 1990s. The power of nature is a common theme in adventure books, and it doesn’t get more challenging than in Alaska, where the novel ends. The book is written in non-chronological order, perhaps lending to the storyline itself. “Into the Wild” documents a young man’s journey hitchhiking up the coast shortly after graduating college, excommunicating with his family and donating his life savings to charity. The book was later adapted into a movie directed by Sean Penn in 2007. Krakauer last year also provided a new ending to the book in this New Yorker piece.

“The Little Prince” – Antoine de Saint Exupery
This is one of the best-selling books ever, and there’s a chance a copy of it is lying in your child’s bedroom bookcase right now. Nevertheless, this doesn’t mean that “The Little Prince” isn’t an extraordinarily-written adventure book. Our protagonist, the prince, heads to other worlds and learns about the greatness of imaginative exploration. Want a family of well-read explorers? This is an excellent first book to get your little ones started in their love of travel.

“The Journals of the Lewis and Clark Expedition”
These early writings were largely ignored until renewed interest during the American bicentennial brought them back into the forefront. Adventure practically jumps from the page as you read through the documented encounters of America’s first two great explorers throughout the Great Plains, into the Rockies and eventually across the West Coast.

“A Short Walk in the Hindu Kush” – Eric Newby
Do you like your adventure served with a side of wit? Newby’s writing could double as comedy as he treks through Turkey and climbs a 19,800-foot mountain during the 1950s. Even though he might bring on the chuckles page after page, his excursions are nothing to scoff at, as he heads to remote spots in Afghanistan where the British hadn’t set foot in more than 50 years.

“Wrong About Japan” – Peter Carey
This 2004 nonfiction work chronicles Carey’s difficulties to fully understand Japanese culture alongside his 12-year-son, who easily accepts it. Highlighting the generation gap shows that in order to fully embrace a culture or country, it’s best to enter with an open mind, much like you might have done during a youthful age.

“Down and Out in Paris and London” – George Orwell
OK, OK – so western Europe isn’t exactly like the wilderness of Alaska or the early American frontier. However, sometimes urban jungles can be every bit as adventurous and gritty as the tundra or desert. Published in 1933, “Down and Out in Paris and London” paints a realistic picture of the Lost Generation struggling to redefine themselves between the world wars in major European cities.