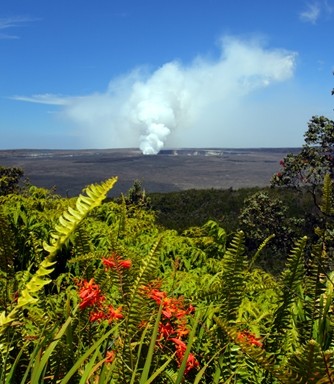 Few things excite our vacation imagination like white-sand beaches, sun-warmed water and cocktail service. So, when Travel + Leisure released its World’s Best Awards, ranking the top islands around the world, something had to be done. Travelers interested in island getaways might want to check out these best ocean-circled destinations for ultimate relaxation. But since medical treatment and other services are not as easily accessed from these locations, island-bound visitors might want to consider purchasing travel insurance to protect their travel investments before booking their tickets.

1. Santorini, Greece
Santorini is where naval expeditioner Jacques Cousteau looked for the lost city of Atlantis. Thanks to its bright-painted towns, volcanic beaches and culinary prowess, this crescent-shape batch of islands earned a score of 89.98 out of 100, moving up from fourth place in 2013 to first place in 2014. Santorini consists of Thíra, Thirassiá, Asproníssi, Palea and Nea Kaméni in the southernmost part of Cyclades, where many celebrate it as a “wedding destination.” Travelers can also treat their taste buds with traditional products like cherry tomatoes and “hloró tyrí,” a special kind of fresh goat cheese found on the island. Red, white and black, the beaches make for a sandy mosaic.

2. Maui, Hawaii
As the second-largest Hawaiian island, Maui boasts pristine beaches, historic whaling villages and surreal national parks. One afternoon of digging your toes into these sands will make you realize why this place is called the “Magic Isle.” One of its best beaches is Kaanapali Beach, with 3 miles of shores. Here, you can take surfing lessons or hike to the top of a volcano nearby. After lighting torches at the peak, cliff divers jump off the beach’s northernmost rock, Puu Kekaa. All this adventure – and this is only one beach on the island.

3. Kauai, Hawaii
Championing the No. 3 spot on the T+L list, Kauai is geologically the oldest of the main Hawaiian islands. It is more than 5 million years old – and who says beauty fades with age? The New York Times labeled it as the “arguably most beautiful” island, full of everything from soaring cliffs to deep chasms. Check out the intimate arts community in Hanapepe, tour the elegant Kilhana Plantation or gain a bird’s-eye-view via a plane environmental survey tour. After a long day of adventuring, you might be in the mood to view a sunset over Hanalei Bay with a cocktail in hand.

4. Hawaii, the Big Island
Readers of T+L love Hawaii. Don a lei as you arrive in The Big Island, the country’s main island. Some of the world’s major carriers fly directly into Konu, making the island accessible from U.S. cities along the West Coast. Golfing is a big part of vacation on the Big Island. There are courses along the Kohala Coast, Puna, Kau, Kona and Hamakua. To get your nature fix, head to Hawaii Volcanoes National Park where there is still flowing lava. The Hamakua Coast is banked by tropical rainforests and waterfalls, turning a road trip into a sight-seeing tour.

5. Bali, Indonesia
Bali received a score of 86.8 on the list. Here’s why: You can climb volcanoes and meet Komodo dragons. Cruise across the Bandung Strait. Although most visitors don’t give Padang, Sumatra’s third-largest city, a chance, the destination sits along one of the globe’s most powerful seismic zones that makes for unbelievable water sports. As far as beaches go, Kuta Beach is where tourism on Bali began. The history is equally as impressive – Tirta Empul Temple and Uluwatu gives something for architecture lovers and spiritual dynamos to enjoy.