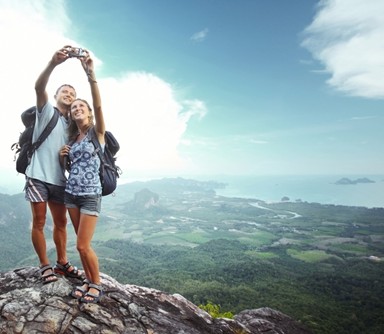 The travel map has taken on quite a new shape since the 1970s. At that time a little-known place called Disney World had just opened, the U.S. was at war with Vietnam and the region around the Czech Republic was still behind the Iron Curtain. Yet today, destinations like these draw American travelers from all corners of the country, offering world-class attractions and mind-blowing cuisines.

Yes, those looking to get away still gravitate toward places near the equator, but certain locales that would never have passed through a traveler’s brain 40 years ago are now ingrained into our travel consciousness. Here are a few of them:

South Africa
South Africa always boasted stunning Table Mountain views and a sunny climate, but these African highlights were widely overshadowed until Nelson Mandela helped negotiate the end of apartheid in 1994. Once ripped apart by segregation, South Africa has effloresced into an international travel destination – in recent years it’s been listed as one of the world’s fastest-growing leisure spots.

But relaxing in Africa’s southernmost nation is just the start of things. There are eight World Heritage sites, 19 national parks and a deep-rooted history of cultural diversity – one of both confrontation and reconciliation – that make South Africa an unique place to tread. The 2010 World Cup gave the nation another big boost, showing off its first-world infrastructure and breathtaking natural wonders. Between Cape Town and Johannesburg alone, South Africa has been showing huge tourist numbers. Before visiting Mandela’s home country, it is recommended to purchase travel insurance to protect your travel investment.

Czech Republic
In recent years the Czech Republic has become a popular choice among students studying abroad. But this central European country didn’t even exist 30 years ago. After Czechoslovakia’s Velvet Revolution in 1989, the Czech Republic and Slovakia sealed their independence in 1993. Fast-forward two decades later and Prague neighborhoods like Vinohrady and Žižkov are buzzing with activity.

To add to their flavor, Czech beer – Pilsner Urquell and Budvar, for starters – draws sudsy seekers from near and far. Across the country, Czech breweries make two types of lager: light and premium, solidifying the notion that beer is religion here. But this Bohemian gem has much to offer with a varied landscape and man-made assets, historic towns like Cesky Krumlov and architecture that could rival Paris in both scale and beauty.

Vietnam
Perhaps the most mind-boggling destination for Americans to visit is Vietnam, a country that was entrenched in war with the U.S. less than four decades ago. But hostility has largely been replaced by natives’ curiosity of the American traveler, if nothing else; while the older generation harbors some residual anger toward America, the younger generations are more tolerant and accepting. To most people, you’re no different than any other tourist.

This is good news for U.S. adventurers because Hanoi, the capital, offers pulsating night markets and delicious Vietnamese cuisine while Ho Chi Minh provides a powerful perspective into the Vietnam War with its War Remnants Museum. Here you can even crawl through the Cu Chi tunnels to get a sense of how the Viet Cong used to hide during the war. Experience the grand architecture of Hoi An – this ancient town ranks as a UNESCO World Heritage Center.

Disney World
Tell your kids that Disney World didn’t exist 40 years ago and their faces might melt with tears. The Magic Kingdom opened its gates in 1971 only to become one of the most high-profile, world-renowned hot spots for families. The nearly 40-square-mile entertainment and recreation destination features four theme parks where dreams still come true for little ones. Tourist numbers will back that up; the park averages about 47,000 visitors a day and 17.2 million a year.

Disney World’s biggest theme park, Magic Kingdom, encompasses 403 acres while the Animal Kingdom features more than 3,000 species that live in its 4 million trees and plants. For older visitors, there are more than 81 holes of golf on five courses on the property. Play it on the safe side and protect your family and trip investment by purchasing flight insurance before your trip to Disney World.