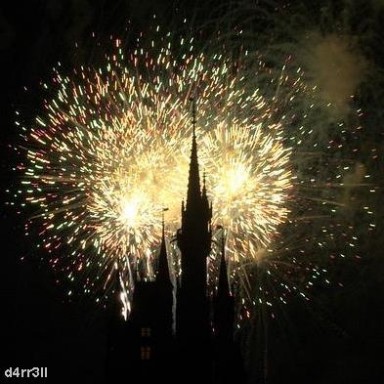 Adrenaline buffs are about to go head over heels. This month, Themed Entertainment Association and AECOM released a global attractions attendance report that highlights the most visited amusement parks around the globe in 2013. From Tokyo to Anaheim, these parks’ roller coasters, fantastical characters and range of attractions have taken getaways to new heights.

Overall, Disney dominated the list, holding 11 of the top 25 spots. Here are the top four:

1. Magic Kingdom, Florida
With more than 18 million visits last year – an increase of 6 percent over 2012, this Disney Theme park topped the list as the most popular theme park in the world. You don’t have to travel overseas to see. Magic Kingdom, which was the first of four parks built at the Walt Disney World Resort in Bay Lake, is overflowing with fairy tales and Disney characters that enchant little ones and their families year after year.

2. Tokyo Disneyland, Japan
Tokyo Disneyland celebrated its 30th anniversary in 2013, but that’s not all it has to rejoice over. The amusement destination, located in Urayasu, Chiba near Tokyo, was the second most-visited park in the globe, with 17.2 million guests – and a 16 percent jump compared to 2012, which was the largest attendance increase of any other amusement park in the top 5. It was also the first Disney park to be built outside of the U.S., modeled in the same style as Magic Kingdom.

Disneyland, California
It’s hard to beat the original. In Anaheim, California, children can collect the signatures of Mickey and Minnie Mouse, meet the whimsical creatures of Alice in Wonderland and sing along to “It’s a small world” all in one day at Disneyland, whose gates first opened in 1955. According to the report, this park welcomed 16 million visitors in 2013.

Tokyo DisneySea, Japan
Tokyo DisneySea was the fastest theme park in the world to reach the milestone of 10 million guests – doing so in 307 days after its grand opening – so it’s no surprise that it clinched the No. 4 spot on the world’s most popular list. Beyond the kid-magnet attractions, there is plenty of appeal for grown-ups, from table service restaurants and alcoholic beverages to the Mediterranean Harbor at the entrance styled after a the Italian port town of Venice.