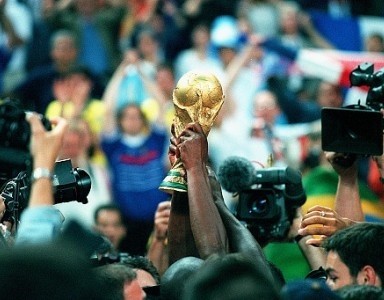 On June 12, the world’s largest sporting event, the FIFA World Cup, is set to begin its series of group stages in Brazil. In preparation for the millions of soccer fans that are headed to the 12 host cities scattered throughout the country, the Centers for Disease Control and Prevention is suggesting that Americans schedule an appointment with their doctors to determine if they are physically sound for South American travel.

CDC Recommends Travel Insurance
In addition to the recommendation of doctor’s visits, the CDC also recently highlighted the consideration to purchase travel insurance in addition to picking up medications for travelers’ diarrhea and malaria, which are common ailments that Americans might encounter when venturing through South America. Some of the vaccines that the CDC suggests getting up-to-date on include measles, polio and the flu, as well as typhoid, hepatitis A and hepatitis B.

Similar to recommendations from the Department of State, the CDC also recommended not traveling alone at night and drinking in moderation at the matches, as drunk spectators are at a higher risk for crime. If you are heading to the World Cup, you should also carry a copy of your passport with your entry stamp with you at all times, and leave the actual passport in a secure location in your hotel room.

Thousands of Americans Heading to Brazil
The World Cup is one of the highest attended sporting events worldwide, and the support for the U.S. Men’s National Team is quite impressive heading into 2014. In fact, according to Pan American World, the U.S. is the second-largest buyer of tickets for the FIFA World Cup following home country Brazil in terms of national fan bases. Based on ticket sales, U.S. supporters purchased more than 154,000 fares for the matches, which are set to take place in the host cities of Natal, Recife and Manaus (a hot, humid and mosquito-filled hub in the Amazon Rainforest). Matches for the U.S. are scheduled for June 16, 22 and 26 against Ghana, Portugal and Germany, respectively.

Travelers looking to support the team in all three matches should be prepared for quite a bit of travel. The cities are spread out, and vacationers as well as the team will be jet-setting for thousands of miles during the event.

If you are planning on heading to Brazil for this exciting, multicultural sporting event, be sure to prepare for health and safety concerns by purchasing a trip insurance package to protect your travel investment.