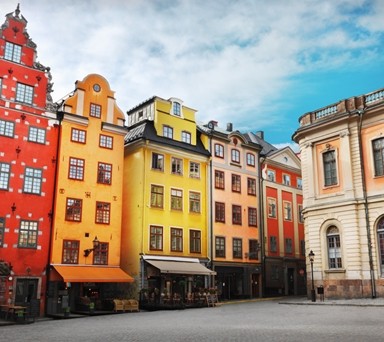 With all of the upheaval being reported by the news recently and travel warnings being issued in continents across the world, you might be wondering which international hot spots are safe to travel to. To help protect your travel investment, it is recommended to purchase travel insurance.

You want to relax and unwind on your vacation, not worry about potential crime and mishaps along the way. Luckily, there are several places all over the world that are tailor-made for safe travel.

Here are some of the safest countries for travelers:

Finland: According to the Active Times, Finland’s crime levels are among the three lowest in the world, and they also have a very apt police system in the rare instance you run into any mischief.

Japan: Despite boasting some of the most thriving urban landscapes on the planet, Japan has a near non-existent murder rate (the country has very strict gun laws) and is extremely friendly to Western visitors.

Sweden: Another Nordic nation worth mentioning is Sweden, which scores big in terms of a lack of violent crime. This beautiful country is also a world leader in human rights and civil liberties. Another bonus? Sweden has some of the toughest drunk driving laws in the world.

New Zealand: As if the dream-like landscapes in the backcountry aren’t enough, the Kiwis are excellent at policing and boasts overall low crime levels.

Singapore: This neon-lit Asian city-state’s focus is all about anti-crime and anti-terrorism laws, the police are reliable and the roads are safe. This helps to keep crime unbelievably low – especially when it comes to assault and robbery.

Iceland: Iceland was hit hard by the economic downturn in 2008, yet the political stability remains in good standing. Iceland is a very safe country to visit due to their focus on human rights and stellar social welfare system.