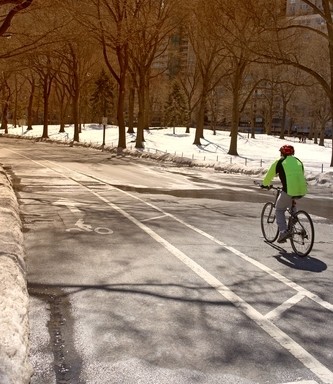 If you’ve traveled to one of America’s cities recently, there’s a chance you’ve seen more than one vacationer pedaling around on two wheels as part of the city’s bike-sharing program. Some of the nation’s biggest tourist cities, including New York, Washington, D.C., and Chicago have all seen success with their respective bike-sharing programs for vacationers and residents alike, according to NBC News.

Seattle is the next major hub to install a bike-sharing program, and is also the first to be sponsored by an airline, Alaska Airlines, with a $2.5 million contribution. There are several benefits for vacationers who opt for bike-sharing – just be sure to purchase travel insurance before you take off to your next destination to protect your travel investment.

“We’re excited to help residents and visitors get out and explore,” Joe Sprague, Alaska Airlines’ vice president of marketing, explained to NBC News. “Our investment in this program is an investment in our community.”

Bike-sharing can help you stay active while on vacation
Let’s face it: No one likes exercising while they are traveling. With a bike-sharing program, you can still stay in shape and explore the city at the same time.

It’s usually faster via bike than car in most major cities
In major metropolises, and especially in traffic-heavy areas, cycling is typically a faster way to get around when compared to a car. In cities like New York, Chicago and Minneapolis where bike lanes are on most major roads, these benefits only increase.

Biking is better for the environment
If you are an eco-conscious traveler, then meet your new favorite way to get around. Unlike cars and even public transportation, bike-sharing is one of the few transport options that comes with a very tiny carbon footprint.

Biking through a city is no longer considered unconventional
In many major cities, more people are getting on board with this trend. According to the source, it’s not uncommon to see businessmen as well as hip locals involved with bike-sharing.

Like any other form of transportation, bike-sharing doesn’t come without its flaws. Some of the docking systems have created problems in certain cities. Additionally, as the Washington Post recently pointed out, there are still questions about what these cities need to do in terms of helmet safety. However, this could be a fun, convenient and inexpensive way for you to get around during your next vacation.